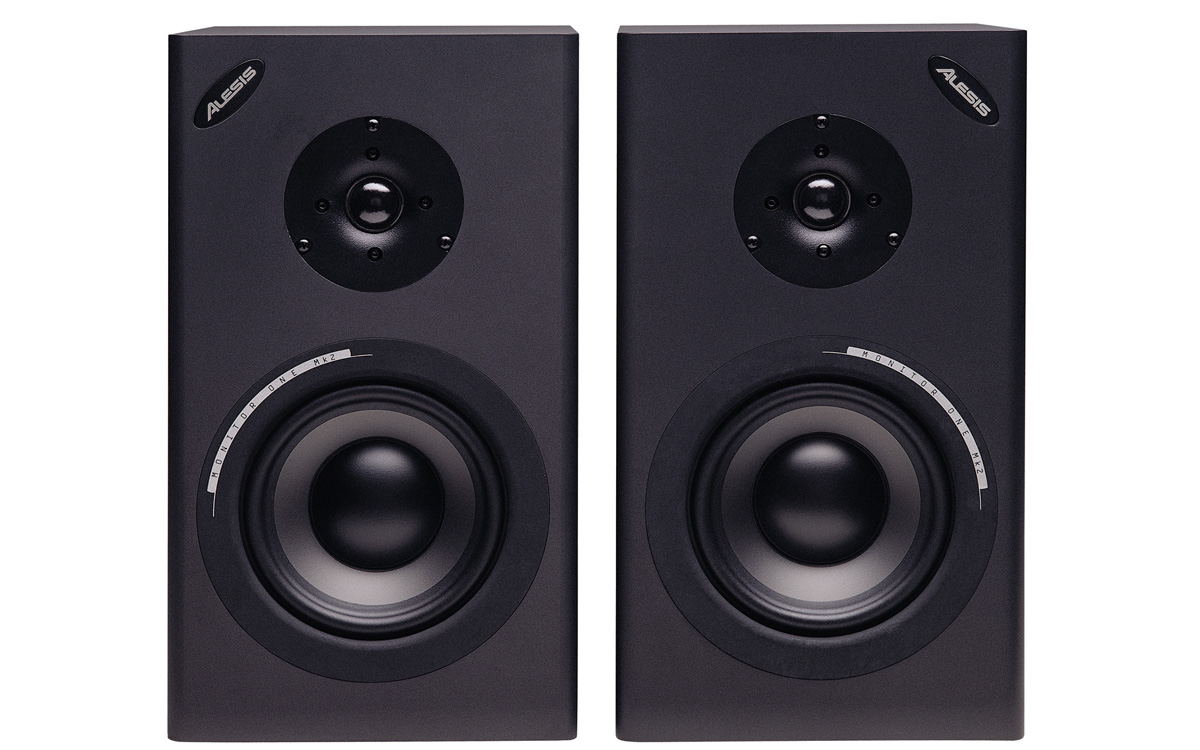 It didn’t take long to realize we had a hit on our hands. Just a few short months after its introduction, Alesis Monitor One Studio Reference Monitor was a winner of the prestigious TEC Award, and on its way to becoming one of the most popular near field speakers on the market.

The reason was as clear as its own crisp flawless sound, super-flat wide frequency range, clear imaging, high-power handling and excellent bass transient response. These features add up to a unique ability to create incredibly accurate mixes that translate perfectly to every playback system.

Monitor One became an instant favorite among professional engineers and studio owners, as well as earning it a place in countless home studios.

Obviously, there was only one thing left to do. Make it even better.

With such a successful platform to build on, Alesis’ engineers wisely settled for incremental improvements designed to coax even better performance from our monitors.

They started with a new 6.5” polypropylene low-frequency driver for tighter, more accurate bass response. Then matched it with a newly redesigned, 1” pure silk-dome, high-frequency transducer for even smoother, more accurate detail and response, and a broader sound stage.

They improved the overall frequency response (changing from 45 Hz – 18 kHz, to 45 Hz – 20 kHz +/- 3 dB) and coupled it with more efficient power handling. They also provided magnetic shielding to allow use in close proximity to video and computer monitors.

Perfectionists that they are, however, our engineers didn’t just settle for tinkering under the hood. The cabinet was redesigned for a new and more attractive professional finish, and are now mirror image; left/right pair for symmetrical speaker placement.

But more than just cosmetic improvements, the new Monitor One also features radiused edges for reduced edge diffraction, along with improved porting – thanks to the next–generation of our exclusive SuperPort venting technology – to eliminate the “choking” effect of smaller, shorter ports. The result is a low-frequency response which extends well below comparable near field monitors.

It all adds up to a spectacular next-generation of a popular standard - the new state-of-the-art in affordable, high-quality studio monitors.